Tanzania doesn’t have seasons like autumn and winter, but it does have it’s own weather patterns: dry and rainy seasons.

The winter dry season starts in late December and lasts until early February. This time is characterized by hot, dry weather. Christmas and New Years on the beach can be a very fun, exciting time in Zanzibar, and offer unique warm-weather excursions for visitors to Mafia and Pemba islands. However, these times are also very popular, so it is recommended to book your hotel as soon as possible. It’s common to need to reserve your accommodations for Tanzania’s islands six months in advance. Why is this time of the year so popular? Because it’s perfect beach weather! The sun is almost always shining, the weather is warm and the ocean waters are clear and beautiful.


In early March, the spring rainy season begins. While it will rain at some point throughout this season, this does not guarantee that you will face downpours every day, or all day. If it does rain, it may rain only in the morning and the afternoon will be sunny and beautiful. Or, it may rain for several days in a row and then a week might pass without a drop - the weather is not entirely predictable, but there is a higher likelihood of rain during this time. For this reason, it is usually much easier to book accommodations because the islands are not as busy, and you might even be able to score some off-season discounts, too!

The summer dry season begins in June. June weather on the coast of Tanzania is very pleasant. While we use the term ‘summer’ for readers in the northern hemisphere, June - August is actually a cooler time of year in Tanzania (with Dec - Feb having the warmest weather). Tanzania being situated on the equator, ‘cool weather’ is still plenty warm enough for diving, swimming and snorkeling in the Indian Ocean. July and August are another busy time in Tanzania, so it’s a good idea to book hotels as soon as possible. 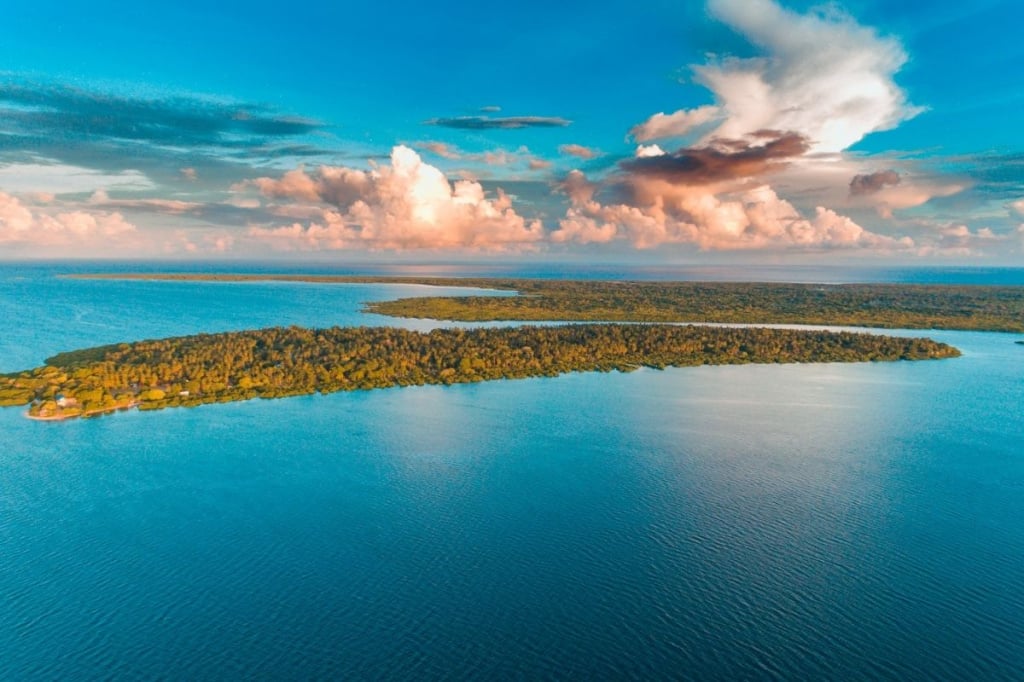 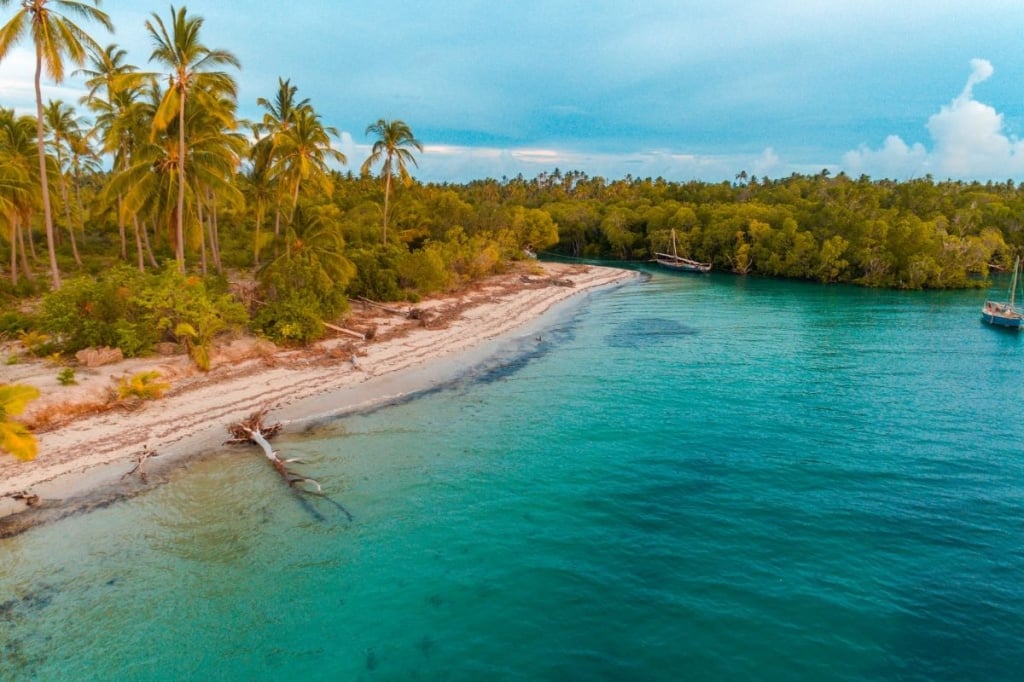 The rains return in October or early November. This rainy period is much shorter than the other rainy season and usually only lasts until early December. While they typically don’t last all day, the brief spells of rain can be heavier and sometimes be downpours.  By mid-December, good weather returns and the annual cycle starts over again.

Below is a quick chart to help explain the seasons in Tanzania:

When to see Whale Sharks

Tanzania is one of the few places in the world to not only see amazing whale sharks (one of the largest inhabitants of the ocean), but to swim with them, as well. Whale Sharks get their name because of two reasons: their massive size, and they share the same diet as whales - plankton. Adult whale sharks can easily reach 18-20 meters in length. In Tanzania, whale sharks are found near Mafia Island, in the strait between the island and the Tanzanian mainland. Every November, they migrate to these waters in search of plankton, which comes into the waters of the ocean through rivers in Tanzania’s mainland, making this the ideal place to see them annually. 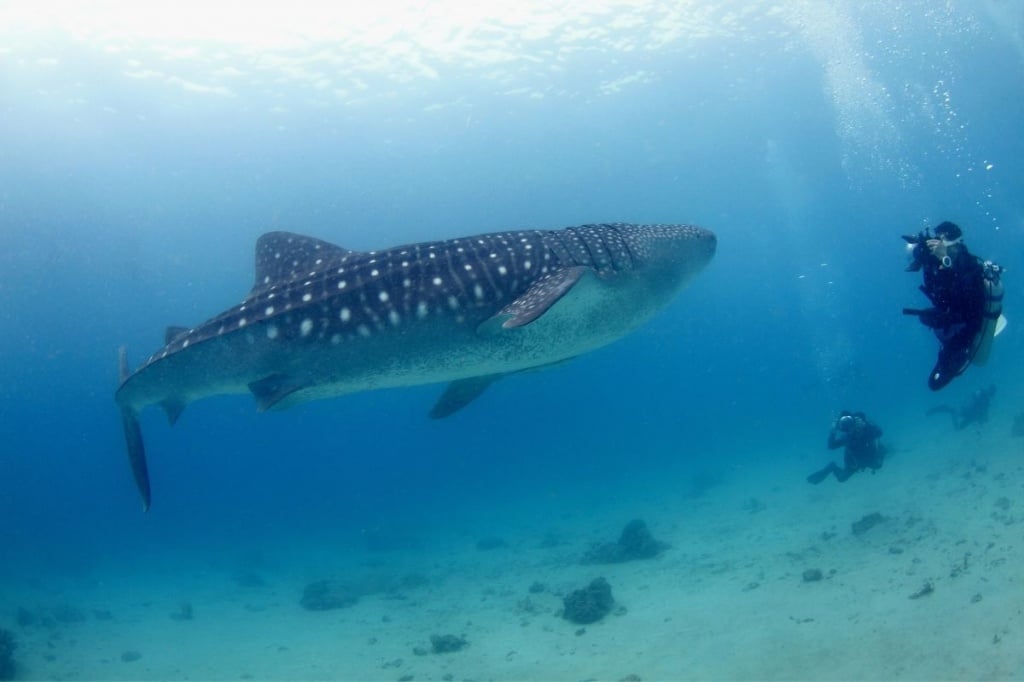 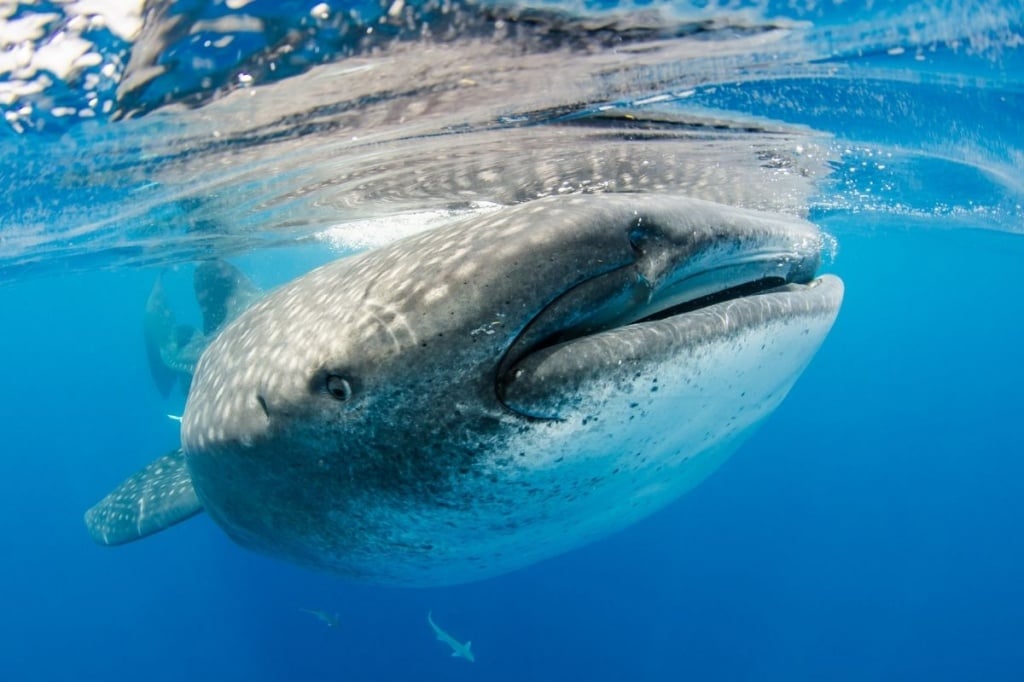 Whale sharks stay in the Mafia Island area until the end of February or beginning of March, after which they migrate to the shores of Australia, to follow their food source. In the fall, they return to  Mafia Island’s shores again.

Altezza Travel has been organizing underwater excursions to swim with whale sharks for years. We know exactly where to find these giants, and how to safely and sustainably run such diving excursions. Contact us, and Altezza Travel managers will help you plan your trip to swim with Whale Sharks!

What to do on the islands during the rainy season?

Traveling to the islands during the rainy season is not such a bad idea. Just take a look at how many positive aspects there are for a vacation during the off season:

✓ Discounts at hotels - during the rainy season hotels significantly reduce prices, sometimes by 50% or more! This is a good opportunity to stay in the most expensive and famous hotels in Zanzibar for a significantly lower cost.

✓ Fewer Tourists - Zanzibar and other Tanzanian islands do not have as many visitors during the rainy season. If you prefer a secluded getaway, then definitely choose the spring and autumn months to avoid the crowds.

If your plans for a beach day get washed out, you can always visit  Stone Town for amazing food, interesting history or traditional music. Other options include visiting famous caves, which were used to smuggle slaves during the time of the slave trade nearly a century ago.

Really, any time is a good time to visit Tanzania’s beautiful beaches, depending on what activities you’re interested in participating in.

What are you waiting for? Book your trip to Tanzania now! 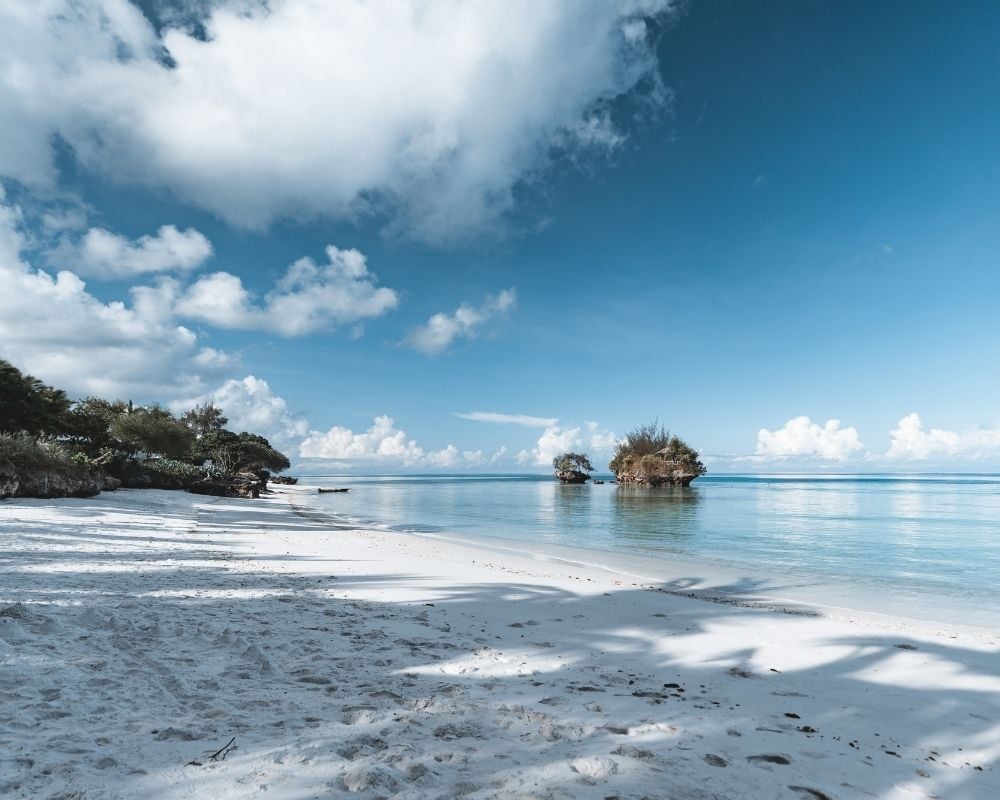 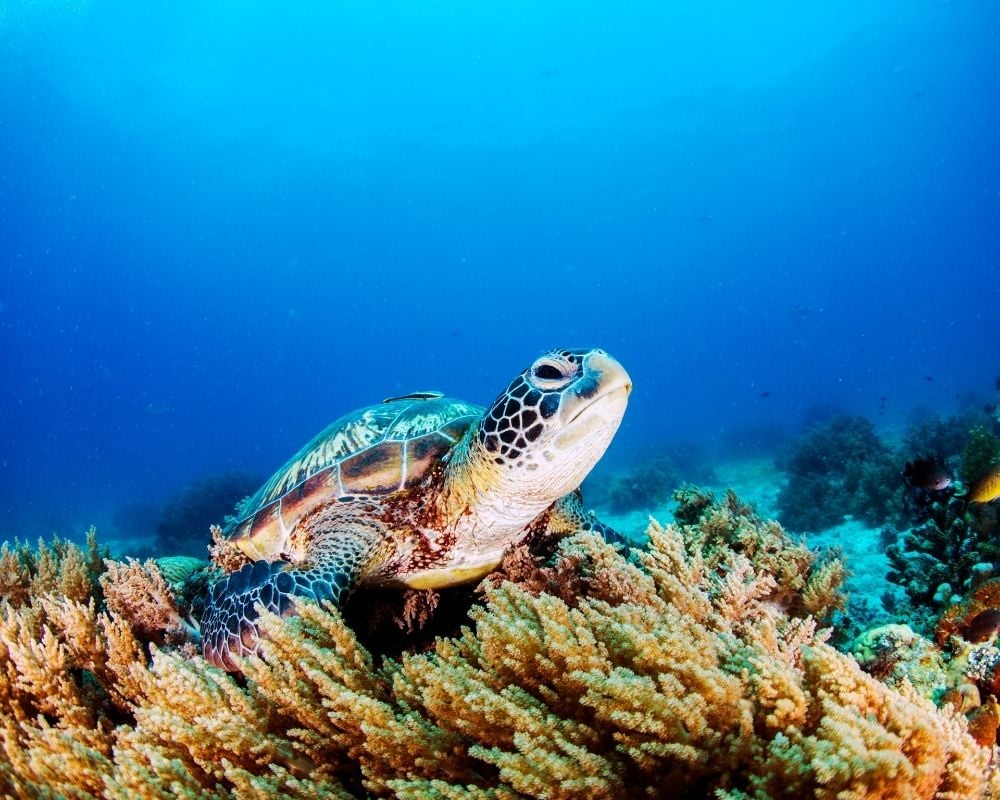 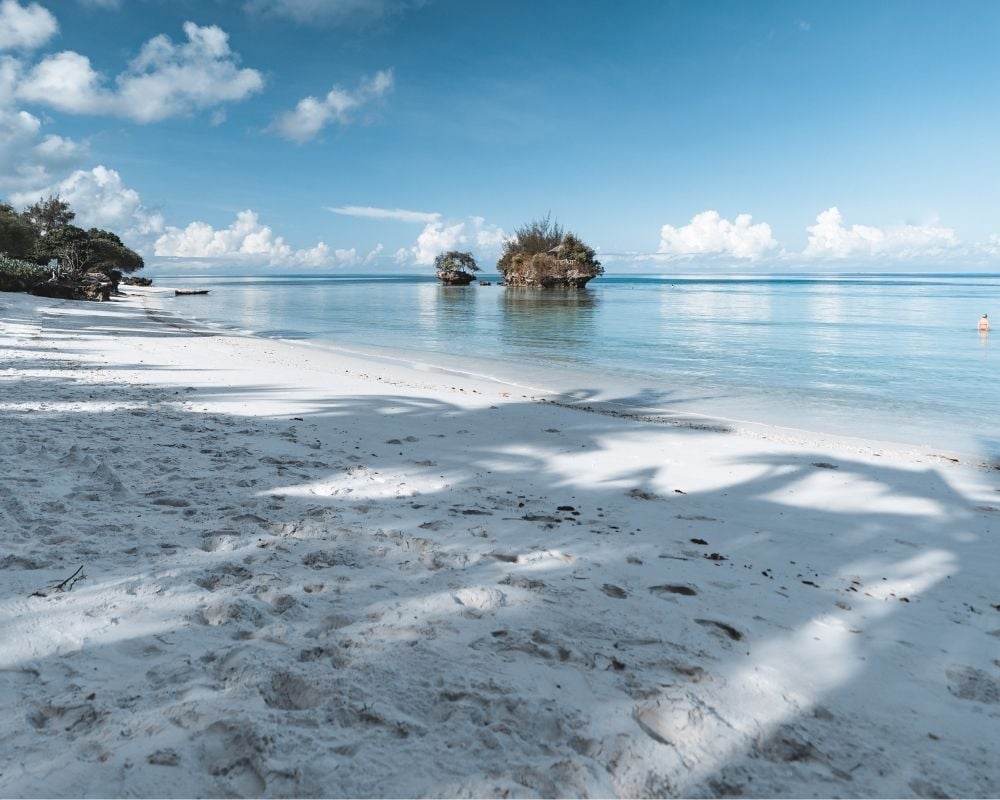